If there’s no pay, I only write shit. So I think about the city, the impossible city, about movement and stagnation, the flow and the gridlock as I look out at the sea from the palazzo. “Built in the 12th century,” as the gentleman who’s just inherited it reminds us. And I think about shit.

Before arriving at this house on the Mediterranean, I felt smothered by the city. I kept staring at the ceiling, the floor and the walls of my room; realizing, with X-ray clarity, that we are surrounded not only by phone and internet cables, where words and sighs run free, but also by electrical wires travelled by incessant tension; and that, finally, we sleep, eat, work and walk besieged by pipes filled with a flow packed with other people’s faeces and urine: a dark mud whose steady, inevitable glide counterpoints our own stillness.

Were these effluents only ours – that would be disgusting enough; although one can just about accept responsibility. But what we are dealing with is the daily human waste of hundreds, thousands, millions of strangers. Millions of buttocks sitting on millions of round toilet seats, just like a B on an O, and from that BO out comes an I, and thus B+O=I, oh boy!, with possibly a crowning little dot on that i, which puts an end to this healthy daily experience. Full stop.

This sculpture of letters sends all its Is down a pipe that then joins other pipes, all filled with multi-coloured Is, like so many Is lost in the dark sewage of their own selves. While I think of this, beyond the wall of my deafness, I can almost hear the screeching sound of all these Is crossing each other and cueing up towards their destiny: i, i, i, i, i, i, i.

On such afternoons, lying on the bed, staring at the walls, I find myself looking for that secret spot where past, present and future collide into one dark dot. Most of the time I’m too incompatible with myself to find it, and it is then that I see all those Is hiding behind the walls, sliding down the sewers, shitty little egos who fail to make their stand and in a slow funeral procession ease their way out of town.

In the city we are surrounded by a gravity-driven universe of faeces. It’s a faecal waltz, a merry-go-round from which we can’t escape. Yet here is the paradox: one also moves to the city partially or precisely for this – to try to put up with other people’s shit. And now I am here, looking out to the sea where all the Is in the world finally meet.

(original on-line version at this link)

Writer View all posts by carlopizzati 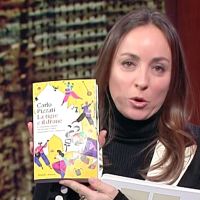 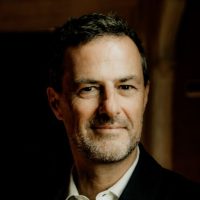 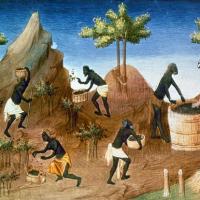